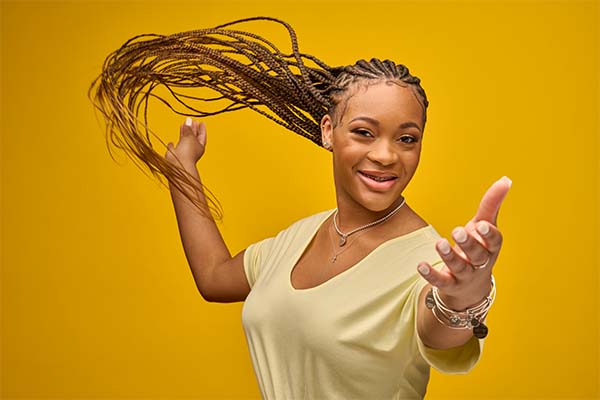 For decades, much attention has been given to population decline in the City of Detroit.

Yet there’s a new generation of young Detroiters who are changing the conversation about their hometown.

If you need an example, look no further than the Life Remodeled Youth Alliance — and a tenacious member named Sara, who may be headed to Spelman College in Atlanta after graduating from Renaissance High School but plans to return to her roots to sow her newfound knowledge.

“I plan to return to Detroit,” Sara said. “I would love to come back and do different things to help my community. My goal is to study political science (and ultimately go into politics) because I want to have a say in what’s going on within my community and what changes I can make to better it.”

Inspired by her grandmother and longtime Life Remodeled ambassador, Teresa Clarington, Sara began volunteering at Durfee Innovation Society as the pandemic was making it harder for local students to stay focused — and their parents to stay connected.

“The whole virtual setup was a challenge,” she said.

“People had to go to work. People couldn’t find sitters. Not a lot of people have Wi-Fi. The kids needed something to do throughout the day, so they could come and join their classes with us. And if they needed help on something then they could talk to us and ask us questions. We even provided devices for the students that didn’t have their own computers or tablets.”

It wasn’t just about getting their homework done though: It was important for Sara and the Youth Alliance to instill a sense of pride that transcends traditional teaching.

“During Black History Month, we would have projects where they would make a poster and explain different Black History figures in front of people just like if we were at actual school.”

It’s that type of knowledge Sara feels is critical right now: An understanding of where we’ve been, where we are and, perhaps most importantly, where we’re headed.

“I think everyone has the same love for their city, but they also see all the improvements it needs and the changes it needs to make it a safe and happy place for a family to succeed. It’s a need that’s not only in the Durfee area — it’s everywhere in the United States at this point.”

And it’s this balance of realism and optimism that Sara thinks will empower an even younger generation of Detroiters.

“I feel like it’s going to grow outside of Durfee. I see our community being united and just making everything better to whichever extent we have possible.”

When asked what this campaign means to her, Sara of course wasn’t thinking about herself though.

“I think of people there when I’m not available to do it on my own,” she said. “If someone may fall short, another is there to uplift us to reach our goal.”